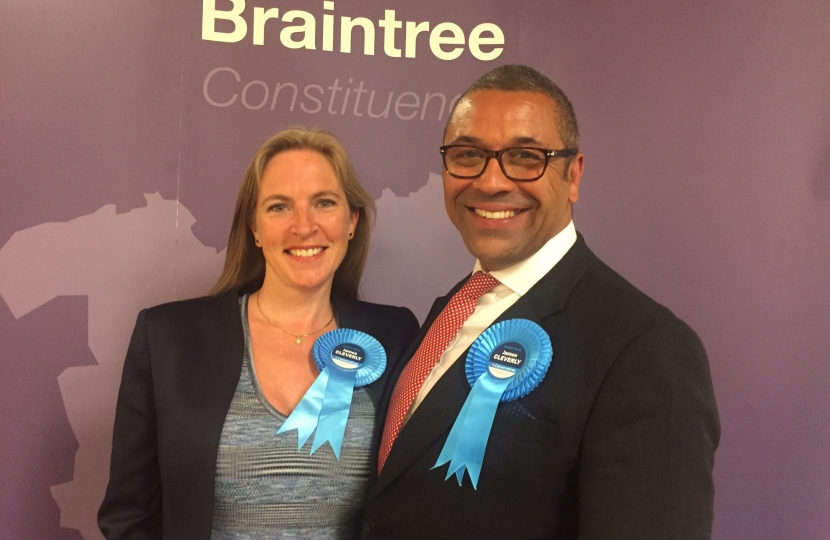 Whilst the National Result was not what any of us had hoped for, we should remember that the Conservative Party gained its highest share of the vote (42.4%) since 1983.

We are in any case delighted with the outcome in the Braintree constituency.

Nearly 33,000 people locally voted for James Cleverly, and on a swing of +9% his increased majority was more than the combined Labour and Lib Dem vote.

Even with a low-key local campaign, turnout was not far short of our six neighbouring constituencies. In fact getting 62.8% of the total vote, James’ performance was better than all our adjacent constituencies in Essex, Suffolk and Cambridgeshire, with the exception of Witham.

Officers would like to congratulate James on his magnificent result and thank all the helpers, supporters and volunteers who worked so tirelessly through both the county council and general election campaigns.

We know James will continue to work tirelessly to represent his constituents and that only the Conservative Party can provide the country with the certainty it needs.