A good budget for Braintree 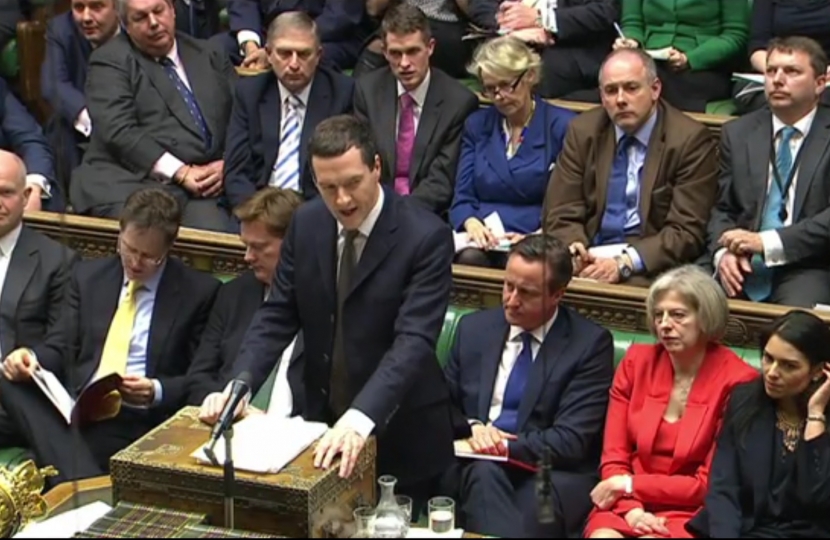 Yesterday the Chancellor, George Osborne, delivered his sixth and final Budget of the current Parliament. It was a good budget for the country as a whole and an excellent one for Braintree.

The UK economy grew 2.6% in 2014, faster than any other advanced economy in the world, we have record employment with jobless rate falling to 5.3% this year. Trade figures are the best for 15 years, living standards higher than in May 2010, according to OBR data, with households better off by an average of £900 in last five years.

The sound handling of the economy and the improvement in employment means the welfare bill is set to be an average of £3bn lower each year than predicted in December, and interest charges on government gilts £35bn lower.

This economic outlook means that a future Conservative government will be able to help the people hit hardest by the downturn.

Pensioners will be able to trade in their annuities for cash pots, with the 55% tax charge abolished and tax only applied at the marginal rate. Widows of police officers and firefighters who choose to marry again will have their existing pensions protected.

Savers will benefit from new personal savings allowance, the first £1,000 of interest on savings income will be tax-free for basic rate taxpayers and there will be a £500 allowance for 40p tax ratepayers. The annual savings limit for ISAs is increased to £15,240 and a new "Fully flexible" ISA will allow savers to withdraw money and put it back later in the year without losing any of their tax-free allowance. A revolutionary new "Help to Buy" ISA for first-time buyers will see the government to top up by £50 every £200 saved for a deposit on a home.

Our local farmers will now be able to average out their incomes over five years for tax purposes. This means the financial peaks and troughs of this unpredictable industry can be better managed by farmers.

George Osborne also committed up to £600m to clear new spectrum bands for auction to improve 4G mobile network coverage and made a further commitment to deliver ultra-fast broadband to all homes.

And finally the Essex Air Ambulance says it is "delighted" after being awarded £1.5 million in the Budget and says that the money will be spent on a new aircraft.